ABOUT THE PRECEPTS, PARAMITAS, ETC.

question Does your Fourth Sign of Being relate in any way to the important Buddhist notion of mahakaruna?

answer They are, in our view, very similar if not identical. David Brazier says in his Zen Therapy that the virtue of great compassion, symbolized for example by the bodhisattva Avalokiteshvara, implies something universal. He says that compassion is to tune in to the way of the individual who is in front of us now, and that great compassion, mahakaruna, is to flow with the mysterious but omnipresent Tao, the great way of the universe. This is also the position of Advayavada Buddhism. We believe that the objective of the Middle Way expounded by the Buddha is the abandonment of all fixed views and to reconnect and reconcile us with wondrous overall existence - we understand the Noble Eightfold Path as an ongoing reflexion at the level of our personal lives of wondrous overall existence moving forward over time. Our position also implies a deep trust in the goodness of existence as it is beyond man's commonly limited and biased personal experience of it.

question Which paramitas or perfections does Advayavada Buddhism seek to perfect?

answer Traditionally, the main six perfections are generosity, discipline, patience, energy, meditation and wisdom. The Advayavada Study Plan, though based explicitly on the Noble Eightfold Path, will develop these perfections in the student as he or she progresses along the Path.

question Does Advayavada Buddhism know a vow of poverty?

answer No, it does not. There is nothing wrong with being rich (which is anyhow a relative concept), but it is very wrong to become rich at the expense of others, which clearly contravenes the second Buddhist precept of not stealing.

answer That is for everyone to decide individually. We seek to live life, which we see as our most precious commodity, as wisely and compassionately as possible and very strongly disapprove of innecessary animal testing, factory farming and the transportation of live animals over long distances under inhuman conditions. But we do not, however, act, like many extinctionist Buddhists do, as if we were born on the wrong planet or too good for this one - on the contrary, we feel very committed to this extraordinary world of ours and its wonderful potential; it is in this connection that Advayavada Buddhism is also reminiscent of Humanism and, indeed, Transhumanism.

question You say that 'man's observance of the five fundamental precepts in his daily life gives him the moral strength required to embark upon the Buddha's Middle Way...' I think you've missed the point of the precepts. These are artificial, man-made rules. In actuality, humans can never fully abide by those rules. I personally think that's why the Buddha enjoined his disciples to follow them. To vow to follow those precepts is to become a living koan. The symbol of the path to enlightenment is a flower, not a ledger of morality. Just ask Mahakashyapa. What is the morality of a flower?

answer Buddhism is a highly ethical teaching and way of life for human beings that is man-made in its entirety like any other. There is, in our view, no such thing as divine law - the golden rule is perfectly rational. Traditionally, to become a lay Buddhist one voluntarily takes refuge in the Buddha, the Dharma and the Sangha, and undertakes to comply with at least the first five of the Buddhist precepts. The Five Precepts (pañca-sila, pancha-shila, pansil) are the minimum moral obligations a lay Buddhist freely takes upon him or herself. The precise interpretation of these precepts aside for the moment, it is universally agreed that people who wantonly kill, steal, maybe molest children, cheat and deceive, or enjoy getting drunk or stoned, need not do the effort to embark on the Buddha's Middle Way until they have first cleaned up their act. Now, as for their exact interpretation, they comprise 'not only minimal morality, but basic morality capable of many degrees of fulfillment' (Winston L. King). Whether, for instance, the first precept also forbids meat-eating, whether the third precept forbids alternative sexual practices, or whether the fifth precept forbids all alcoholic beverages and drugs or just the getting intoxicated as some maintain, this is therefore as well our own responsibility. One must only not lose sight of the underlying reason for these fundamental voluntary precepts, which is to become moral individuals able, as such, to follow the Noble Eightfold Path to eliminate existential suffering, angst and regret from our lives.

This might be as good a place as any to warn that for many people social drinking is a potential source of much future suffering. Bear in mind in this context the persistent irrational taboo of not admitting to alcohol abuse by ourselves or those close to us. (cf. Nucleus accumbens [Nacc] research)

question How can one beat alcoholism?

answer One can certainly fully neutralize alcohol addiction by stopping to drink alcoholic beverages altogether, one day at the time, with the help of (a) your GP and (b) a personal psychological coach or counsellor, and (c) by joining a reputable support group to help you develop the necessary emotional counterpunch. The Noble Eightfold Path provides a very appropriate overall training to beat this costly and disruptive biopsychosocial (bps) disease.

question I am a secondary school teacher and am creating a poster for display in class about the five precepts of Buddhism but have a problem simplifying the precept about abstaining from sexual misconduct into child friendly words.

answer Maybe you could say 'To abstain from loveless [or hurtful] sexual conduct.' Though in our opinion the words 'to abstain from sexual misconduct' are well to the point and cannot really be considered teenager unfriendly anymore in our day and age. Frank debate of this precept in a secondary school classroom is, moreover, an excellent and very timely opportunity to also explain the dangers of unprotected sex. It is in the safety of their own homes, however, that youngsters ought to unhibitedly learn most about their budding sexuality.

In order to help young people to later become balanced individuals the three basic aspects of a person (the physiological-sexual, the social-spiritual, and the economic-creative) must be developed equally.

question What is your position on homosexuality and same-sex marriage?

answer Small homosexual minorities are a biological fact in all societies. As for same-sex alliances, these belong, in our view, to the sphere of civil partnerships, cohabitation, cohousing, communes, temporary and plural marriages, sibling cohabitation, and other living groups, and much must still be done everywhere to improve all pertinent fiscal, social security, housing and inheritance legislation to facilitate such groups.

For that matter, divorce rates and the incidence of unhappy marriages, infidelity and domestic violence clearly show that the traditional (heterosexual and monogamous) marriage-for-life is not really the conclusive social system. To start with, it does not take into account obvious evolutionary differences between the sexual drive of men and women. Also, current divorce legislation with respect to the division of marital property, alimony, child support and visiting rights, and the like, is often unfair even in developed societies. (cf. serial monogamy, polygamy)

question In your own view, is nonprocreative sex good or bad? 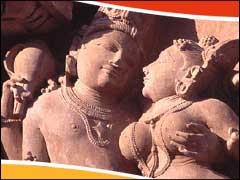 answer Although there is in principle nothing at all wrong with enjoying consensual sex in its manifold forms, it nevertheless presents a persistent ethical difficulty in most societies, often with very serious psychological and behavioral repercussions. We believe, particularly, that healthy sexual relations can and should be honest and aboveboard vis-a-vis everybody concerned. Tantric sexual techniques can be recommended by us as liberating and enriching. "Make love, not war" remains, in our view, a very valid adage. But it goes without saying that all forms of abuse of power or authority must be strictly avoided at all cost, and, as for Buddhist monks and nuns, these must traditionally lead lives of total celibacy throughout their tenure as such.